Motivation: What Gets You Up in the Morning May Not be What Gets Others Up 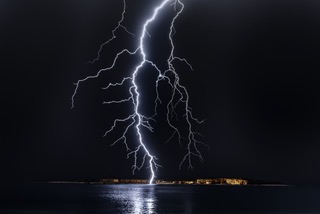 Most primary motivations are core to who we are. The reason we get up in the morning is so much a part of us that if we were asked to explain it, we might struggle for words. We consider it obvious, and we often assume that all humans share the same motivations. But primary motivations differ wildly from person to person.

Discovering what drives you, and understanding how you differ from others is interesting but the value comes in using this information to communicate with others most effectively, i.e. to speak another’s language.

Let’s say that you wanted to run a marathon, and you were eager to have others join you. When encouraging others to participate, you will tend to lead with the reasons that motivated you to run the race, but not everyone shares your specific driving forces, and some even find them annoying. Shifting your verbiage to accommodate these differences could start out the conversation with these kind of phrases:

Sometimes I am asked if this approach is manipulative. I don’t believe that it is. I think of it as speaking the other person’s language so that you can be understood, just as you would speak in English when addressing an American or German when addressing a German.

How are you doing communicating by using other’s driving forces?

My work with executives and their teams immerses me in the work of effective communication. Meaning, “I know this stuff.” But I find that the key to using it is less about understanding it, and more about mindfulness. Taking a moment to think about who I am talking to, rather than focusing entirely on what I want to convey.

Effective communication is the difference between a high-functioning organization and one that struggles. As a company. As a community. As a country. As a world. Take the time to think about who is hearing your words. Make them count.

Topics:
Leadership
Integrity: the Key to Becoming a Stronger Leader
Are you a Rule Follower or an Independent Thinker?