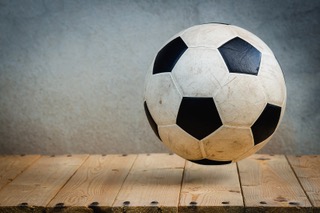 Life should be fair. But it is not.

I am struck by the last moments of a Mexico vs. Costa Rica soccer game:

The game was scoreless after 120 minutes of beautiful play and only seconds remaining in the 30 minutes of extra time. It was moments before a shoot-out that would have determined the winner and the referee called a highly controversial penalty that ultimately resulted in Mexico’s win.

To be honest, I was rooting for Mexico, but it was not fair for Costa Rica to lose like that. They had worked too hard.

Ryan came out of the military 15 years ago with only his high school education and started working for a company that provided low-level tech support. While his skills and his responsibilities broadened, he was promised educational and training opportunities, but they were repeatedly postponed. That was not fair.

Megan and her team were handed a project at the eleventh hour and were then reprimanded for its poor quality. That was not fair. They felt as if they were set up to fail.

You have had your own moments of observing and experiencing unfair behavior. Unfortunately, it is part of life. Usually it is the result of someone considering their agenda more important than yours. Sometimes it is just soccer.

Leadership skill: Behave with integrity, not like a victim.

When faced with a situation that feels unfair, resist the common assumption that you were treated unfairly because what you wanted matters less, and by extension, that you matter less.

Learn from the experience and if there are things you can do to avoid being treated unfairly in the future, do them. That is not saying that the unfair behavior is your fault.

Be clear about what you want and go after it:

Unfairness is often the result of complex cross-purposes. But remaining clear about your own purpose, and pursuing it will keep you from the apathy and potential despair of becoming a victim.

My most recent example is when I received an exasperating text this weekend. I was irritated, felt marginalized, and barely resisted the urge to immediately damage the relationship further by responding harshly. The key to my managing this “unfairness” was time. After an hour, I was able to clearly request what I needed and I would give myself an 8.5. (I was a bit curt).

But frankly, when you are considering how you react when you are treated unfairly, you cannot ignore that the question has two sides. When are you responsible for treating others unfairly? What personal patterns of unfair behavior actually have their roots in prejudice?

Whether you are leading in your company, your community, or your home; it is essential to be keenly aware of the outcome for which you are striving. It is from that foundation that you can notice how the goals of those around you differ from yours. You can understand what is driving them. This clarity invites collaborative conversation and often avoids unfair results.

But sometimes “unfair” just happens. That ref was clearly as exhausted as the players at the 120th minute!

Topics:
Leadership
Are Parts of Your Life Mediocre?
Integrity: the Key to Becoming a Stronger Leader